If there were two words to describe this Indian Wedding, it would be emotional and breathtaking. Everything from the location, to the speeches, to the relationships brought a wave of emotions that perfectly captured the atmosphere of this destination Indian wedding in Colorado. Shot at the stunning Arrowhead Golf Course, this wedding venue served as the perfect location for two childhood friends to celebrate their union.

I must have done something right to deserve her love every morning and butterfly kisses at night.

Father of the Bride

The song “Butterfly Kisses at Night”, sung by the father of the bride, served as the inspiration for the film and really set the tone for the atmosphere of the wedding. With the help of the groom on the guitar, the father began singing the song to the bride before speaking the rest after claiming he couldn’t sing. The poetic feel of the song worked as an amazing storytelling aspect for the emotional parts of the wedding video.

I couldn't ask God for more, this is what love is. I know I've gotta let her go, but I'll always remember every hug in the morning and butterfly kisses.

Father of the Bride

Aneesh and Maitri first met when they were four years old. Living across the street from each other, their families both spent lots of time together. Even distance couldn’t separate these two lovebirds as Maitri’s family moved to Chicago and Aneesh’s family moved to Oklahoma. After years of friendship, they fell in love and decided on forever together.

The Indian wedding started with the bride’s henna and Haldi in the couple’s home state of Chicago. The bride’s henna and Haldi were filmed by their close friend and we were able to collaborate to use his footage in our film. We understood that adding this footage would make the wedding film a more complete story of the wedding. The bride has no idea that we included this footage and will only be finding out when she sees the wedding film. Huge thank you to Raag from Paraagon Films!

The Vidhi and Sangeet took place in Denver, CO where we filmed some very key moments for the wedding film. The Vidhi and Haldi served as a strong cultural factor that brought a lot of joyful emotion to the film. The Sangeet, hosted at The Chateaux at Fox Meadows, was where the bulk of our filming took place. Consisting of speeches and performances by family and friends, these performances gave power to the film as the love of the family was expressed through song and dance. Check out this beautiful and emotional video of the father-daughter dance choreographed together to the song Tera Yaar Hoon Main.

The couple really wanted a destination wedding near the mountains. Traveling out of state, we were curious as to why the bride and groom would choose Denver Colorado for their destination wedding. It wasn’t until we drove to the venue that we understood. Nestled in the foothills of Colorado’s majestic Rocky Mountains, Arrowhead Golf Course made for the perfect background to host their wedding ceremony and reception.

As Indian Wedding Videographers, there are always some challenges we have to overcome. On this wedding, we had challenges flying our drone around the rocks. Without seeing a clear image on my remote (because of intense interference) I was flying blind between and over the rocks. I was only able to see the footage once I had gotten to my computer and I can wholeheartedly say I was pleasantly surprised and in love with the drone shots of the Rocky Mountains. Additionally, we were able to get incredible footage during the creative shoot as well during the sunset shoot.

Another challenge we faced was live-streaming. In the age of Covid weddings, live-streaming the wedding ceremony has become an essential tool accommodating wedding guests who aren’t able to attend in person. While we were finally able to achieve a stable connection to do the livestream successfully, the workload and complications it added to the wedding day stretched our team thin. For this reason, we highly recommend hiring an additional videographer from our team to take full responsibility for the livestream so that our other videographers can continue filming and focus on capturing the perfect moments.

It was truly an incredible experience to film this Denver Indian wedding in the beautiful Rocky Mountains of Colorado and we hope you enjoy this destination film celebrating the love of Aneesh and Maitri. 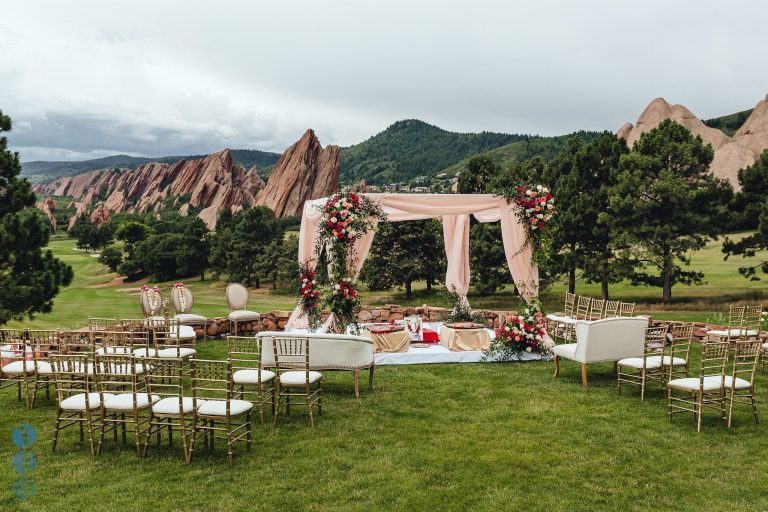 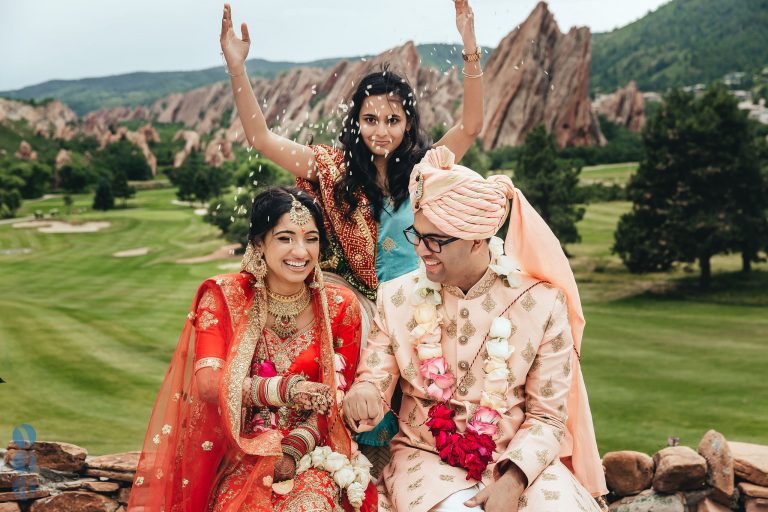 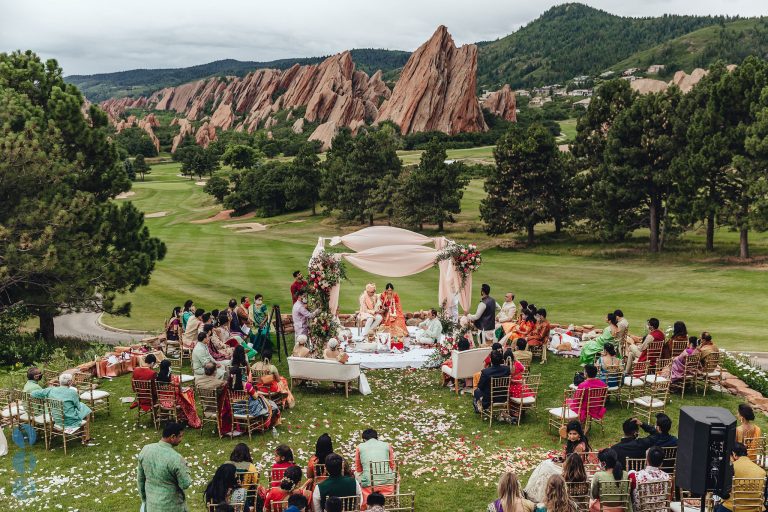 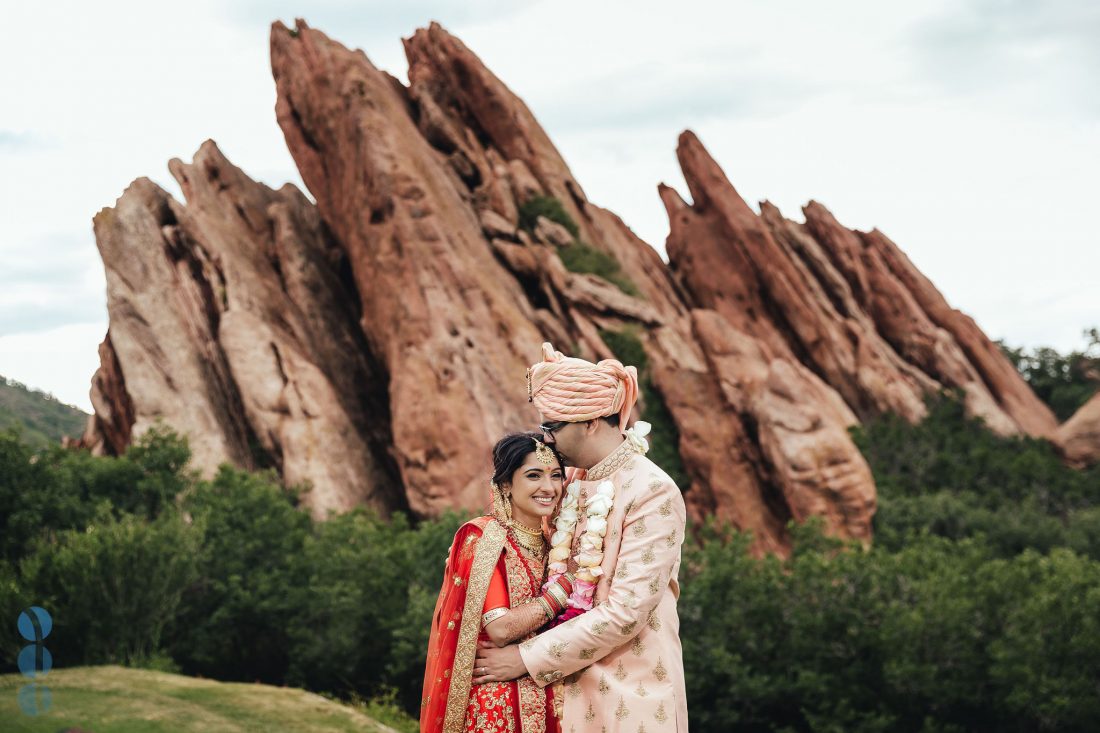 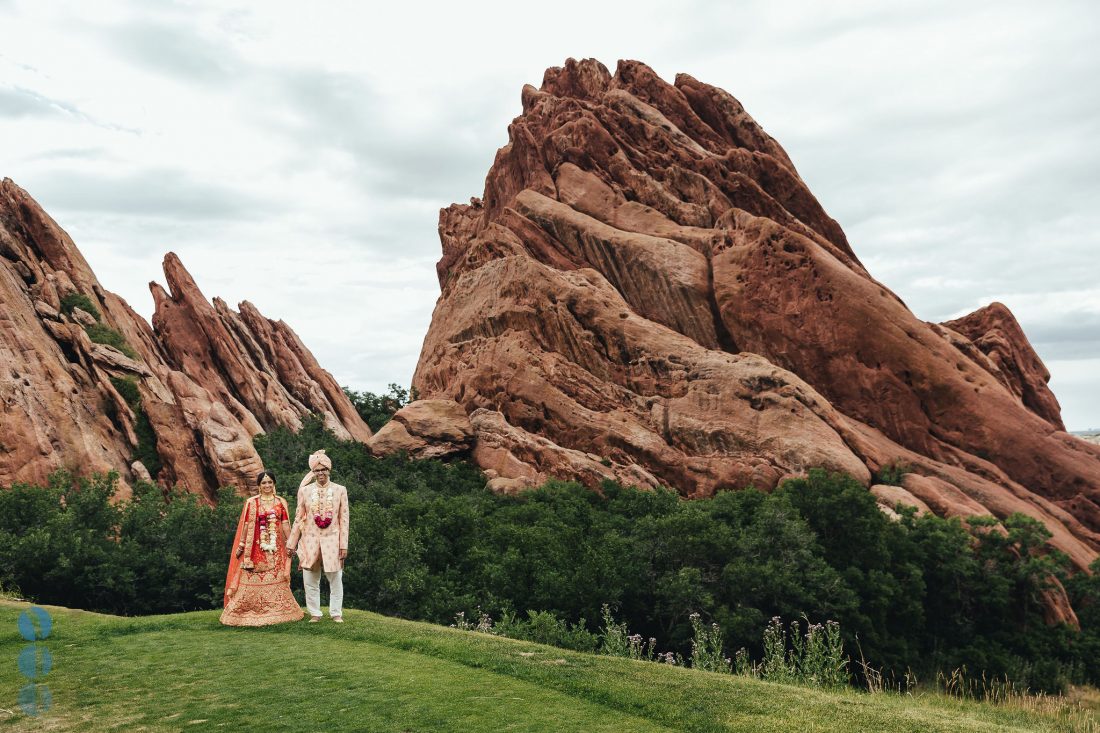 After passionately crafting films like this, we hope this Indian wedding film immersed you into the cultural and beautiful wedding story of Aneesh & Maitri’s Destination Indian Wedding in Denver, CO. I’m confident we can capture an amazing memory of your big day for you and your family. Through our films, you’re able to re-experience the flood of emotions you felt on your big day even years down the line. We would love to be part of your wedding and tell your wedding story!

Are you looking for a Destination Indian Wedding Cinematography Team?

We are a Destination Indian Wedding Cinematography company that captures cinematic wedding films.